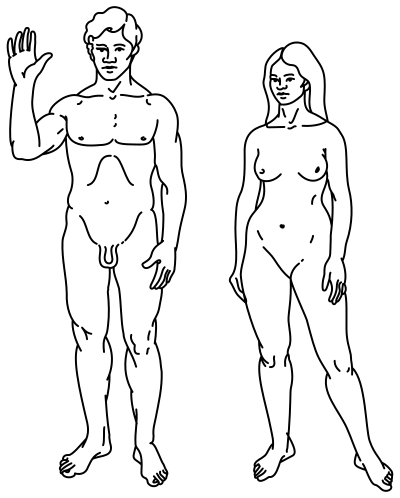 Humans are a member of the bipedal species Homo sapiens.

A human consists of several parts: a head, torso, extremities, appendix, and a smartphone.[1] What sets humans apart from other living organisms such as plants and animals is their unusual ability to demand pain medications. Humans can be subdivided into females and males, the former who are able to perpetuate humanity through the miracle of birth, while males will cease to exist after succumbing to the pandemic known as man colds.[2]

The Role of Humans in Epidemics & Pandemics

Humans have recently been identified as a major vector in the spread of disease. All you have to do is observe a men's bathroom, where no more than 5% of males think it is okay to pee or crap and not wash their hands.[3][4][5] Add such disgusting habits such as hugging and kissing to the equation, it is no wonder the Centers for Disease Control and Prevention was prompted to recommend against any and all human interaction whatsoever.[6]